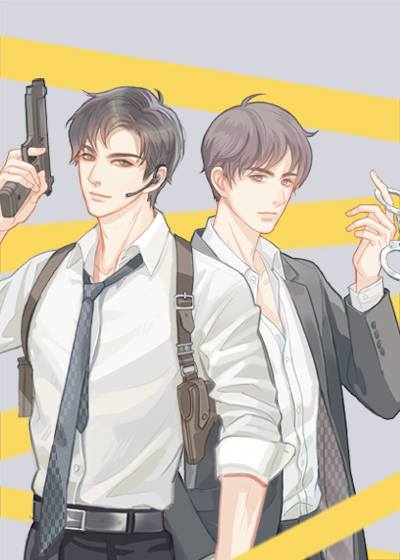 Every murder has its own reasons behind it. With the help of criminal investigation, we can restore the killer’s appearance, predict their psychology and unravel the truth. Captain Song Wen of the Criminal Investigation Department has repeatedly solved strange cases using his masterful ability to simulate criminal portraits down to the last detail. With the arrival of the blooming season, the South City Bureau welcomed a new trainee police officer, Lu Siyu, a taciturn officer who is always able to uncover the truth. And behind him there are also hidden secrets…. Song Wen: Where did this rich second-generation newcomer come from?? No, no need! It hasn’t been seven days. I want to return the goods. There’s no reason.* A week later — The report written by Lu Siyu is good. The food cooked by Lu Siyu is also good. Ah Lu Siyu, you can also solve the cases so quickly (^o^) Six months later — Wife, whatever you say is right ヽ(^o^)丿 Even Song Wen couldn’t escape the law of true fragrance*. Powerful Wolf Dog Chief Gong × Beautiful Yet Cruel, Cold-blooded Pervert The new book “Criminal Investigation Notes” is here for collection. The process of solving cases becomes refreshing and sweet when emotions come into the picture *Taobao, which allows customers to return any product within 7 days. No reasons asked! (七天无理由退换) *The popular Internet term zhēn xiāng or “true fragrance” is mainly used to ridicule the contradictory behavior of a person who is dead against doing something, but later on falls in love with the same thing and turns back to slap their own face.