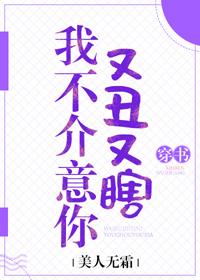 Su Yue transmigrated to a novel. Inside the romance novel, the domineering male lead despised his little wife from the beginning, fought against her, but was willing to give his life to save her when she was in danger. The two’s lovely love is enviable and admirable. And Su Yue dressed up as the brainless and vicious female supporting character who married into a wealthy family at the same time as the female lead, despised her husband for being ugly and blind, and fantasized about climbing on the female lead’s husband and Su Yue’s husband’s younger brother’s bed every day, doing everything she could to attack the female lead using despicable methods. Su Yue, recalling the tragic end of the woman in the book, stated that she didn’t mind that her husband was ugly and blind. Husband: “If you feel wronged, we can divorce.” The man handed a black card with his slender fingers. Su Yue raised her beautiful red lips and threw her soft body into the man’s arms. “Do you think you’re being ugly, blind, and have a bad temper, afraid of wronging me? Don’t worry, I don’t mind.” The ugly, blind, and bad-tempered husband: “…” Everytime she coaxes her husband and loses five pounds!!!