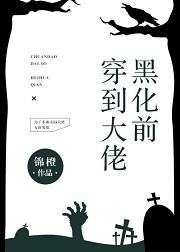 Shi Mu transmigrated into a comic that is a combination of fervor, suspense, and horror. As the dignified, big-ch*sted, and thin-waisted female villain, those who met her all wanted a “late-night chat” with her. But in the end, the blackened big boss sold her off abroad. Rewind to ten years ago, 17-year-old Shi Mu met the still fairly innocent big boss. The boy stood under the sun with squinted eyes, and asked for her name. She trembled. “Shi Mu…” Thought for a moment, then said, “I’m male.” “….” What can she do? In a world where the plot centers around love and disregards the storyline, the only ones that can protect themselves are males. Only, she didn’t expect that one night, big BOSS suddenly told her: “I want to be on top. If you make me happy, I’ll occasionally let you get on top too.” “??????” What the f*ck did you say? In order to not get caught, Shi Mu concealed her gender, trained hard for abs, got a tan, developed her morality, intelligence, and physicality, but in the end- “You’re so pretty,” the big boss smiled devilishly. Shi Mu: QAQ what’s wrong with you little bro?