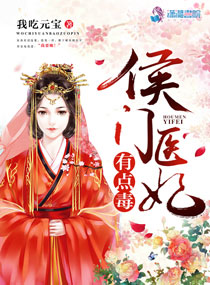 When Imperial Grandson Liu Zhao chose his future wife, with a wave of his pen, he circled Gu Jiu’s name. He said resolutely, “I want her!” With a decree, the emperor bestowed marriage. One after another, everyone dropped by to congratulate Gu Jiu. Sure enough, it was her dumb luck to marry the Imperial Grandson. Facing everyone’s blessings, Gu Jiu smiled on the surface, but in her heart, she was cursing fiercely. In her lifetime, the luckiest thing that happened to Gu Jiu was to die of illness but unexpectedly traverse to the ancient times and live a second time. And the most unfortunate thing that happened to her was meeting the Imperial Grandson Liu Zhao. — It was rumoured that Imperial Grandson Liu Zhao was graceful, elegant, gentle, refined, humble, polite and courteous. Gu Jiu: Hehe! The world was blind. That man was obviously two-faced, cunning, deceitful, treacherous, with the ambition of wild wolves and a great villain. He was like the tyrannical male lead who is written by the screenwriter to die in the finale but fans still feel distressed for him. — It was rumoured that the Gu family’s second daughter Gu Jiu was soft, gentle, virtuous, frail and tender. Liu Zhao: What? Gentle, virtuous, frail and tender is all fake. That woman was obviously aojiao, selfish, bad-tempered and narrow-minded; a little foodie with a soft and delicate body that wasn’t easy to push down. — The first time they met: When Liu Zhao tried to misbehave with Gu Jiu, her mind came up with 108 ways of murdering him. Gu Jiu defended herself, pointing at Liu Zhao and said, “You won’t do!” Pfft! Liu Zhao was completely defeated. — The second time they met: Gu Jiu fell into the lake. Liu Zhao heroically rescued the beauty. Gu Jiu slapped the back of his hand, “Spoiling my good deeds!” Liu Zhao was completely defeated once again. — At last, there came a day when Liu Zhao married Gu Jiu back home. The little foodie with a soft and delicate body that wasn’t easy to push down was finally locked up in his embrace. He said lovingly, “Wife, it’s not early. Let’s enter the bridal chamber, ba.” Gu Jiu smiled bashfully, “Husband, my body is uncomfortable. I’m afraid we cannot enter the bridal chamber tonight.” Pfft! Liu Zhao once again suffered 10,000 points of injury.